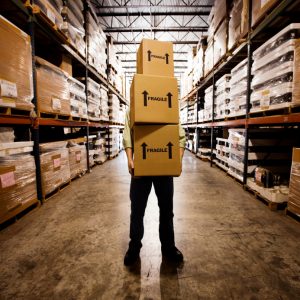 Due to different applications, the long range passive RFID tag requirements are different, and the long range passive RFID tags cost have a huge different. The dry inlay RFID tag cost of an ordinary aluminum etched antenna can be done for a few cents, but the higher protection level or the more complicated process of the electronic label is more expensive. Unmanned supermarkets are more conventional label, and the general RFID tag cost is not high.

Looking at the long range passive RFID tag market structure this year, there are two obvious growth points: First, the application of long range passive RFID in the apparel field continues to expand, and large-scale application projects such as Harish Home, Lexie, and UR have increased the rfid clothing label usage; Under the investment and financing boom of unmanned retail, RFID companies actively participated in the competition and cooperated to launch a variety of RFID tag products and system solutions, and have begun to land.

RFIDHY is a leading integrated solution provider for long range passive RFID tag antennas, RFID tags and smart retail devices in China. It is also one of the few companies in China that can compete directly with similar foreign companies in the RFID market in the industrialized countries of Europe and the United States. According to Alex Xing, an RFID technology consultant at RFIDHY, RFID may be a “perfect” transition for unmanned retail applications, but at the same time the company has earned a market reputation for itself; and RFID is used in the unmanned retail sector. How far can you go, perhaps by the end of 2019? It is reported that XMINNOV has successfully developed a high-performance UHF long range passive RFID tag suitable for direct application on the surface of liquid packaging, and has reached a strategic cooperation with Zonke Traceability, respectively in U.S. Ai Wisdom Store and Yu Shunhong RFID vending cabinet have carried out the scene measurement, no matter from the reading of single items or batch reading and writing, it has fully adapted to the actual application needs.
Luo Panxian, R&D director of Shenzhen Handel Hall Technology Co., Ltd., a manufacturer of handheld smart terminal equipment, also said that there are more and more domestic RFID projects in contact with this year, and users have a new understanding of RFID data collection and can participate. Customization of the shape of the product, more recognition of the technical capabilities of small and medium-sized RFID companies.
The price is further lower, the cost advantage is lower
Some end users have said in an interview that although there have been more and more customized labels in the past two years, the quality is not uniform, and the prices are also different. There are many confusions during the purchase. In this regard, Lin Jialiang said that in general, electronic tags should be used as industrial consumables in the system, and the price is also inevitable. Every electronic label company should think more about how to make its own added value.
Lin Jialiang also pointed out that with the emergence of mass-scale applications in the past two years, the price of general-purpose long range passive RFID tags has approached the cost of manufacturers, so the space for label prices in the apparel industry continues to decline, and another one that determines long range passive RFID tag pricing The key will also depend on the price trend of the upstream chip.
Li Xuewen believes that the lower price of RFID is a good thing to attract end users to adopt RFID technology, and pointed out that the price of RFID tags has yet to be reduced in the field of clothing, otherwise it will not be able to really promote the application.
In summary, the price of long range passive RFID in 2019, whether it is a label or a reader, we have seen a certain degree of looseness, and the customer acceptance reflected in the industry application has also been greatly improved.
Where is the potential of the RFID market in 2019?
Judging from the overall industrial situation, the booming development of the Internet of Things will inevitably bring a large number of RFID application opportunities. How to prepare for the enterprise and realize the explosive growth of the whole industry is a hot spot for the industry. Many people believe that it is an effective way for enterprises to make clear self-positioning in advance. Especially when the scale of enterprises in the RFID industry is small, the development path of individualization and customization has been widely recognized.
Lin Jialiang pointed out that in the next three years, it is most likely to become the prime time for RFID applications. RFID has potential opportunities in various fields of application. Each company must find its own position in the entire industry chain panorama map, and cooperate with each other. The value of RFID technology comes into play.
We have seen that although RFID unmanned retail has become a hot topic at present, the fact that shipments in the field of RFID has not been astonishing. In Yang Tianrong’s view, the active product market is likely to have a significant improvement in personnel positioning and asset and production line applications. The integration of local applications and wide-area fields will be a great opportunity, NB-IoT, BLE and active RFID. The combination will be a great opportunity!
In the current industry application everywhere, the company’s enthusiasm is high, Luo Panxian suggested: “In addition to mutual competition, the RFID industry should be united to serve downstream enterprise users. In the long run, it must be solved through technological progress. According to Luo Panxian, Handed Hall has received a lot of project enquirers that need to be completed in the coming year, and it has a larger growth in size and quantity than this year.